​I bought this at a camera fair in November 2021, for a nominal sum. We shall see why! 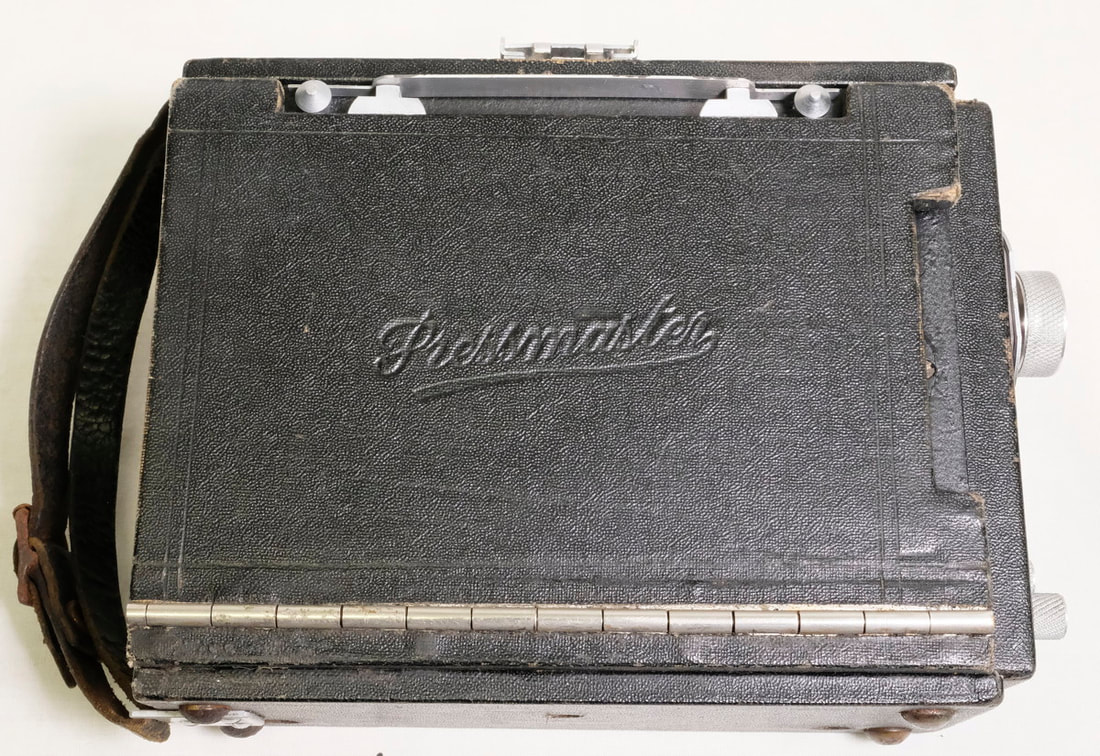 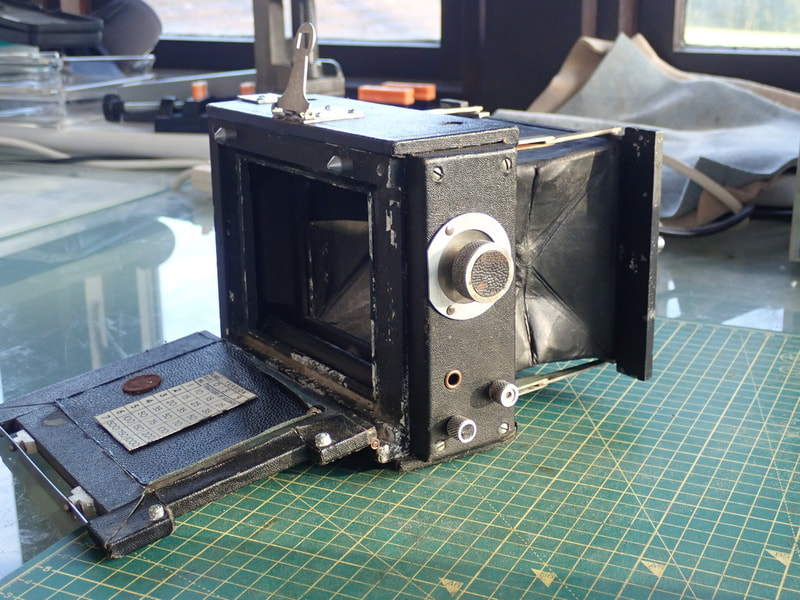 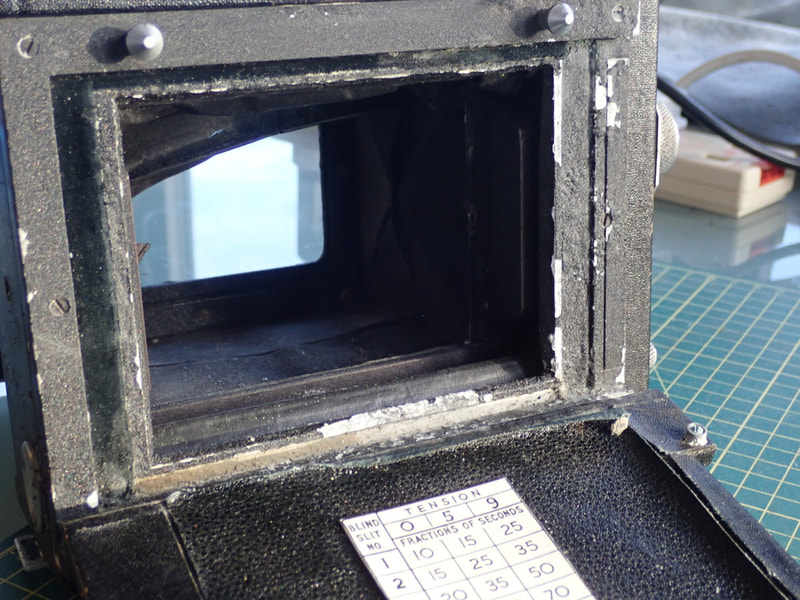 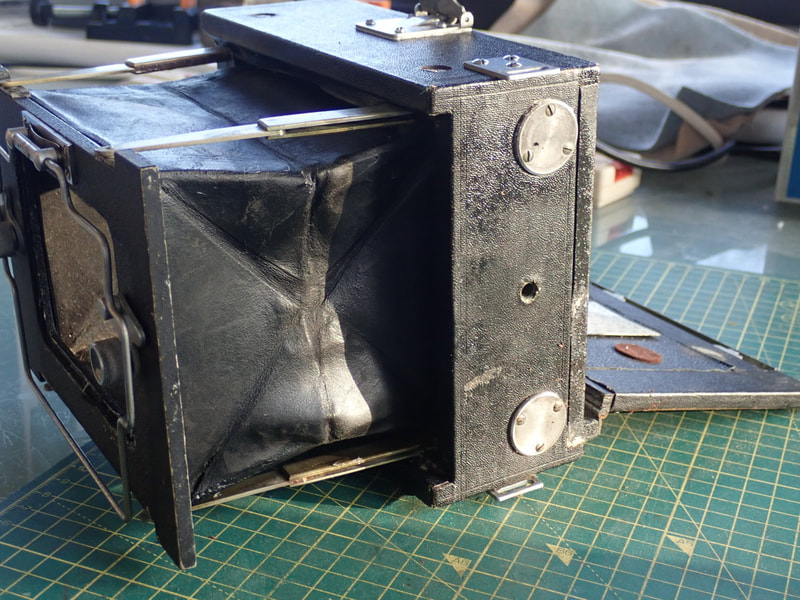 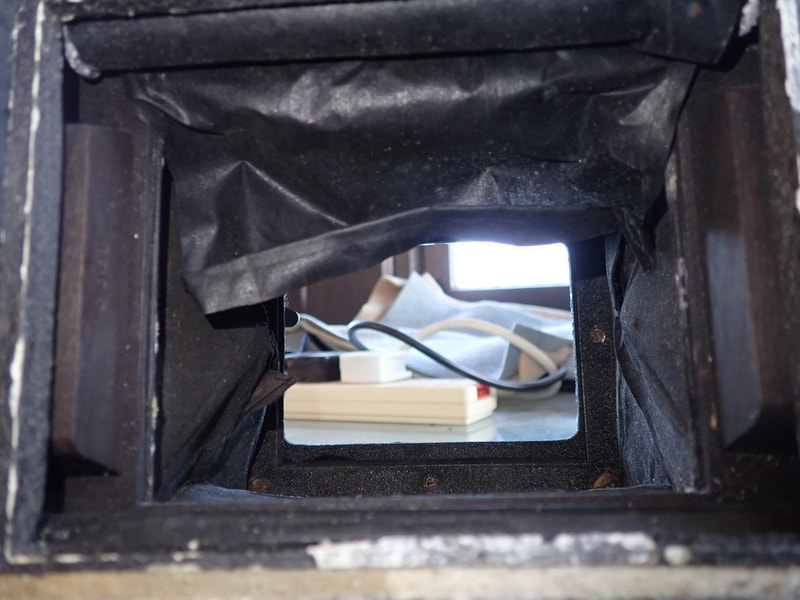 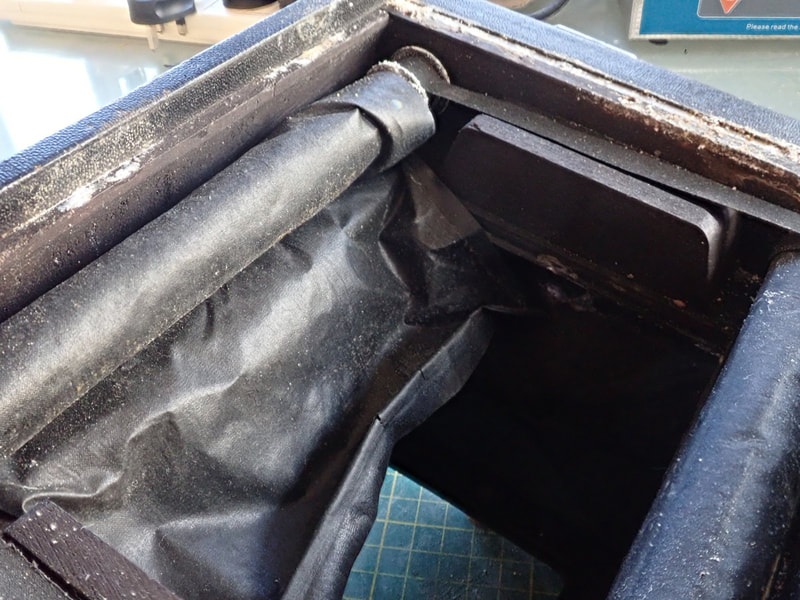 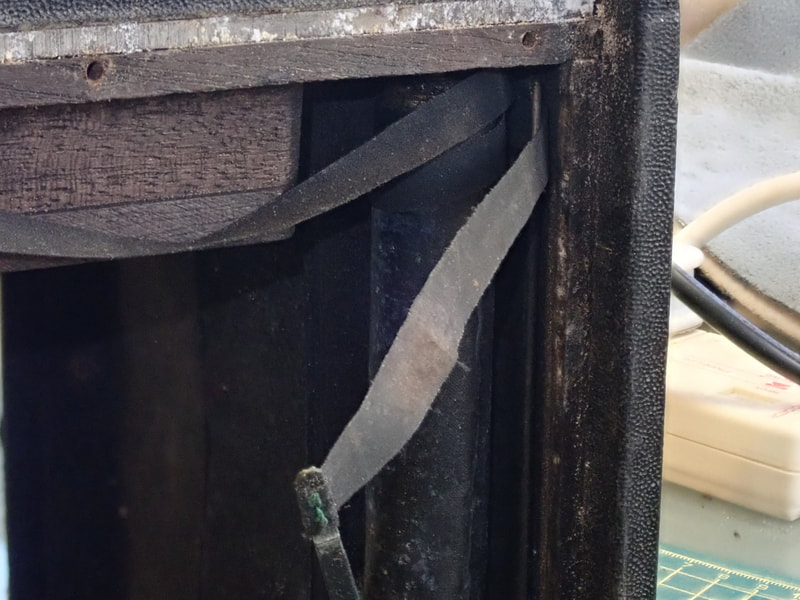 There is no sign of this camera in any of the standard reference books, it was never mentioned in the “New Goods” section of the BJPA, nor the RPS Journal, and I’ve not found any pictures or information on the internet (in April 2022). So the first question is - who made it? Answer – the London company Van Neck (VN); here’s some evidence:
​Left - the Pressmaster - Right - a standard VN Press Camera, 1932 - 1950s.
Observe:But also note that much is simplified:
And looking at the front:​

I only know of four examples, including this one. A friend and I have one each, we believe another contact in the USA has one, and one was illustrated a few years ago on a website which has now disappeared. Surely there must be at least a few others, so please tell me if you have one!
VN made the British Anschütz after WW I (1919-1924) and this looks very like their Model A, which evolved into the VN Press, which itself continued into the 1950s. Even the Model A had rising front, so I don’t reckon this is a “primitive early version”.
The lack of any publicity or available information, and the apparently very small numbers produced, and the lack of a maker’s name on the camera, all suggest that this was an abandoned attempt to prop up a shrinking business by putting out a simplified cheaper version of their regular professional product, perhaps  for amateurs. If so, it dates from the 1950s when the company, which was by then Peeling & Van Neck, was in decline. About then the firm became Peeling & Komlosy, somehow connected with Komlosy the aerial camera maker in Dunstable, and for a while distributed Zeiss Ikon cameras before disappearing altogether.
​The next step is to sort out all the problems of the camera itself.
The old bellows was very stiff and had bad cracks. As it is an easy, simple bellows to make I decided to replace it.
Stiffeners cut to match the originals, here glued to a new piece of leather. A layer of black cotton fabric goes on top, before folding, gluing up the ends and making a tube of it. 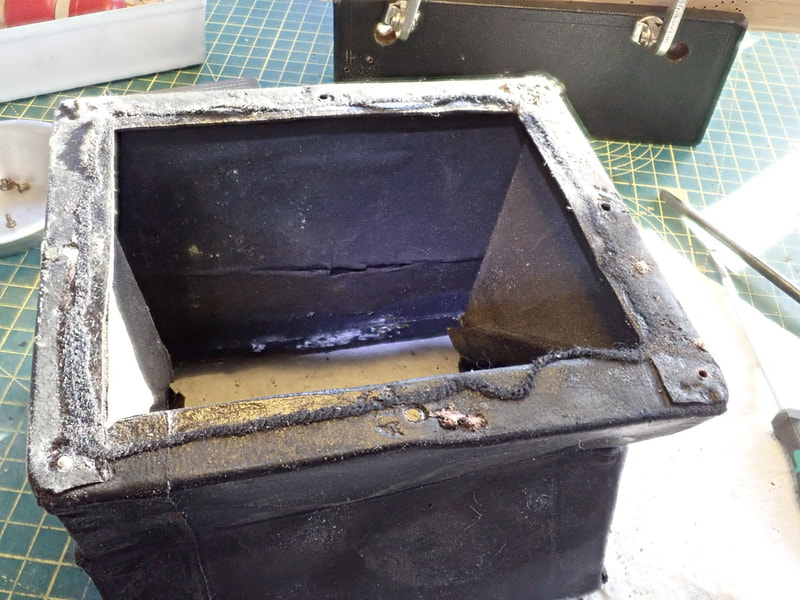 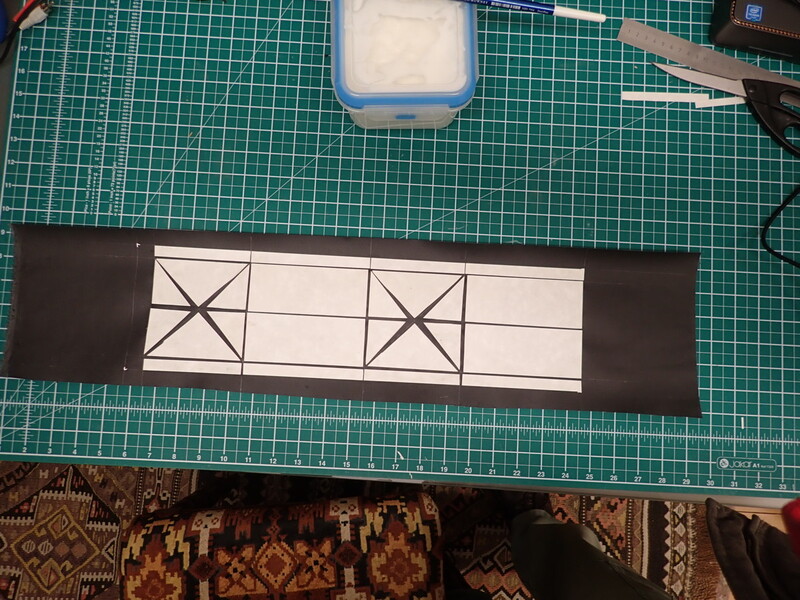 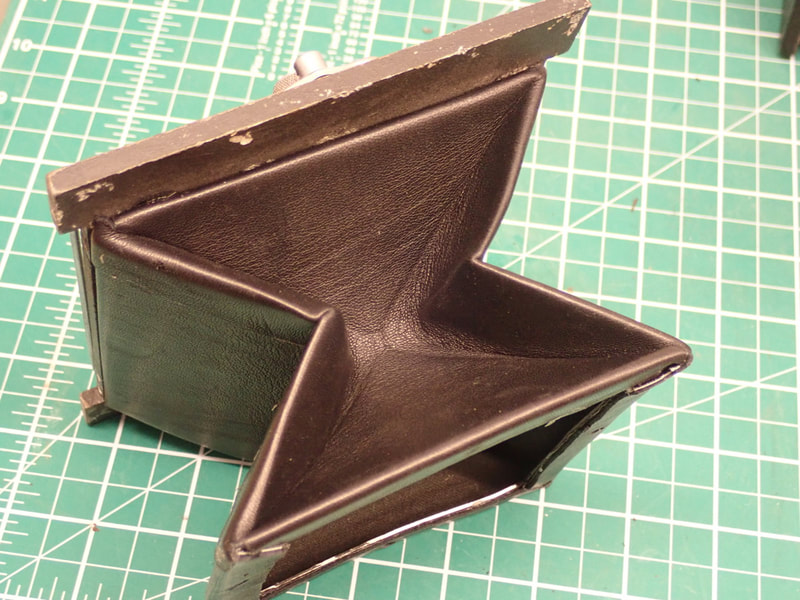 The spring inside the bottom roller - cleaned and lubricated.

The top roller. The spiral visible through the slot sets the relative positions of top blind and the tapes on the spools at each end, thus adjusting the slit width. I hoped to take this apart for a proper clean, but the fixings were so stuck that the risk of breaking the brass tube was too high, and I contented myself with soaking it in petrol and re-lubricating.

Some pictures of the camera after restoration. 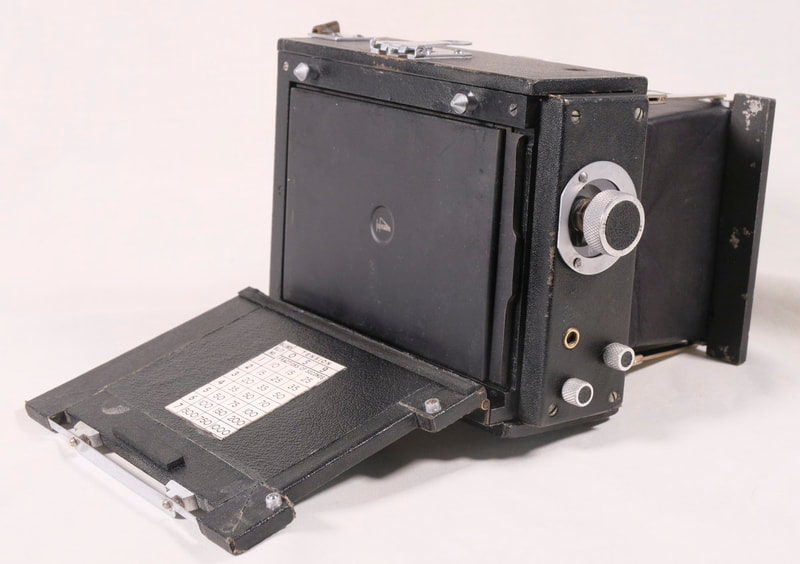 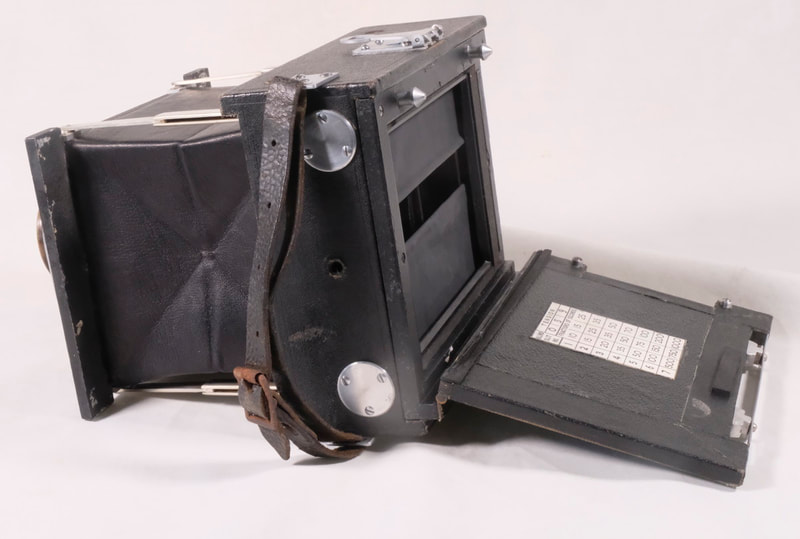 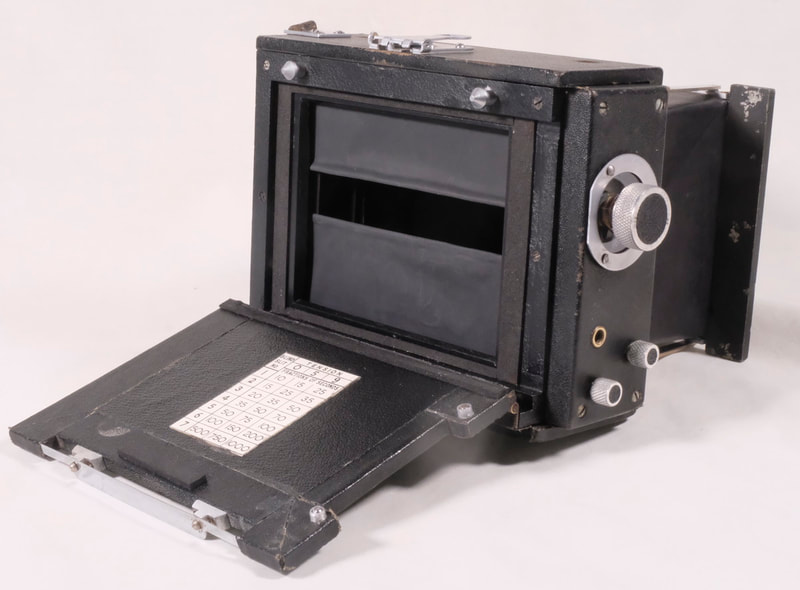 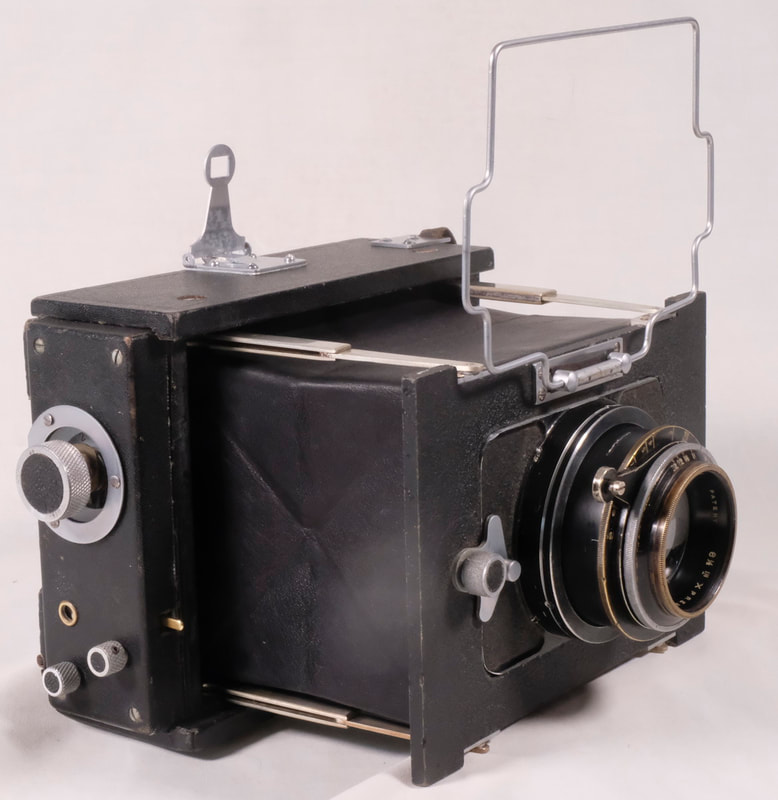 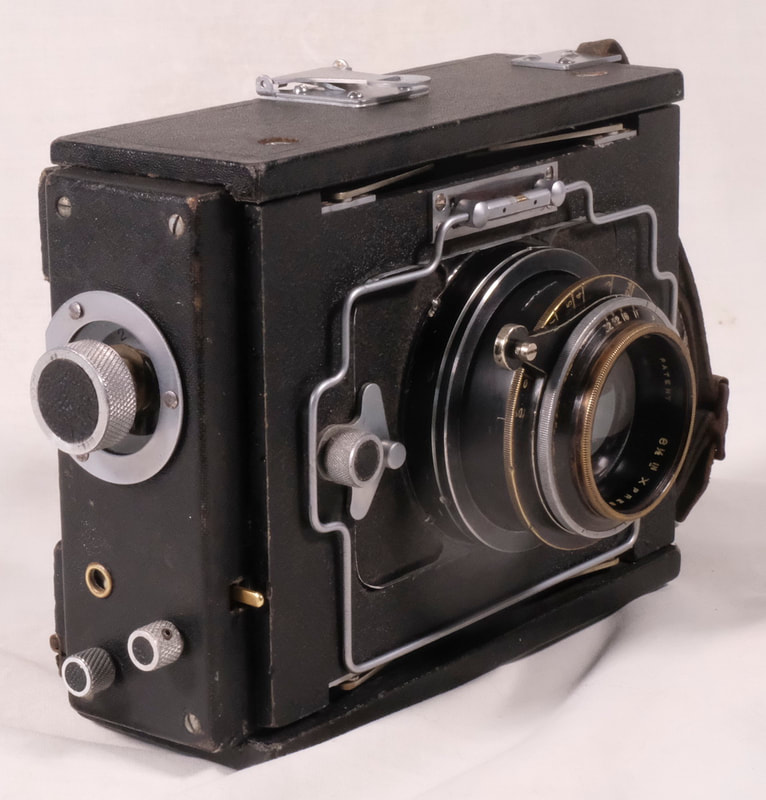 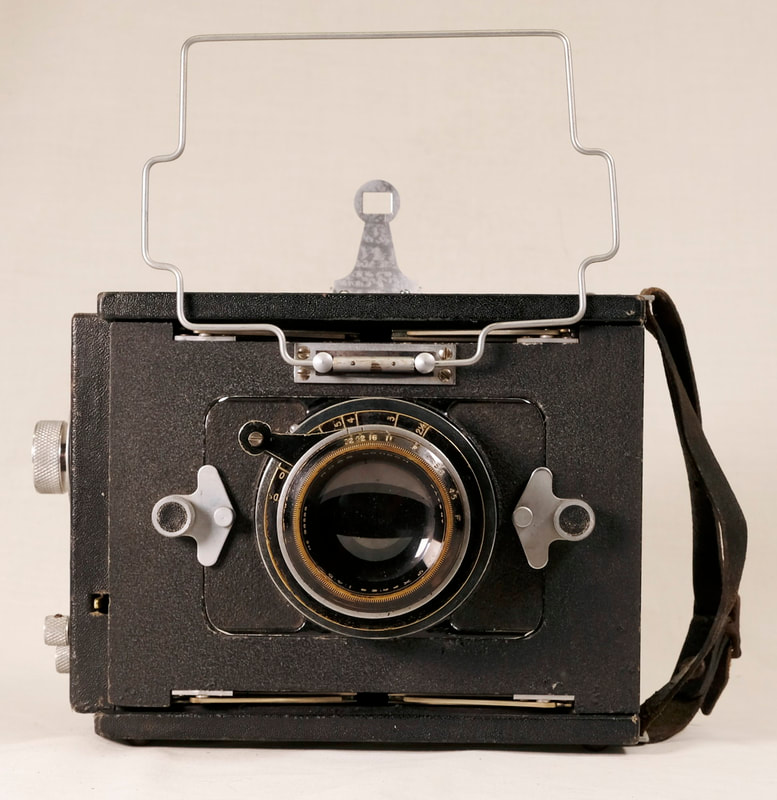 Now at last, some pictures taken with the restored Pressmaster. 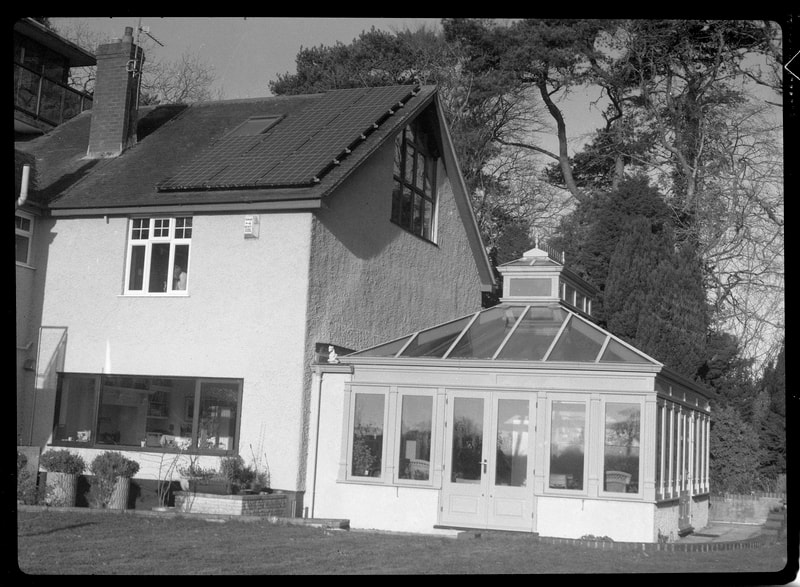 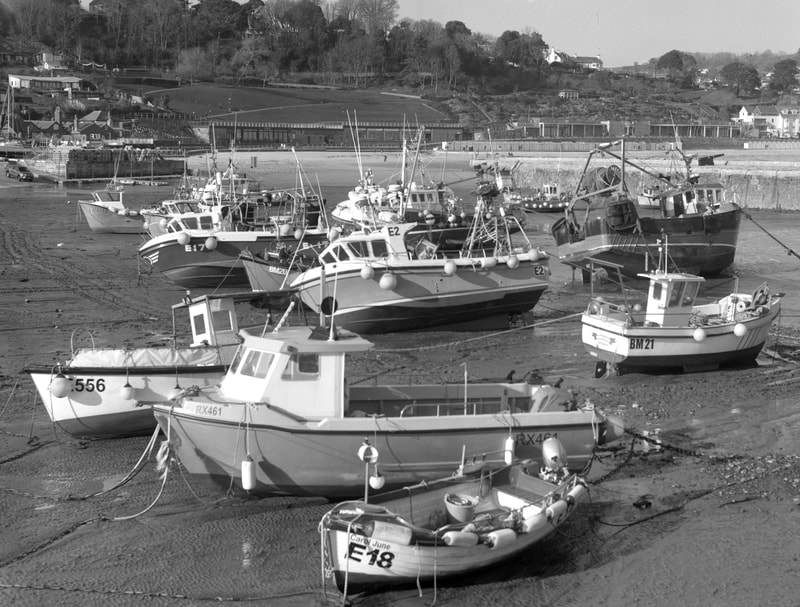 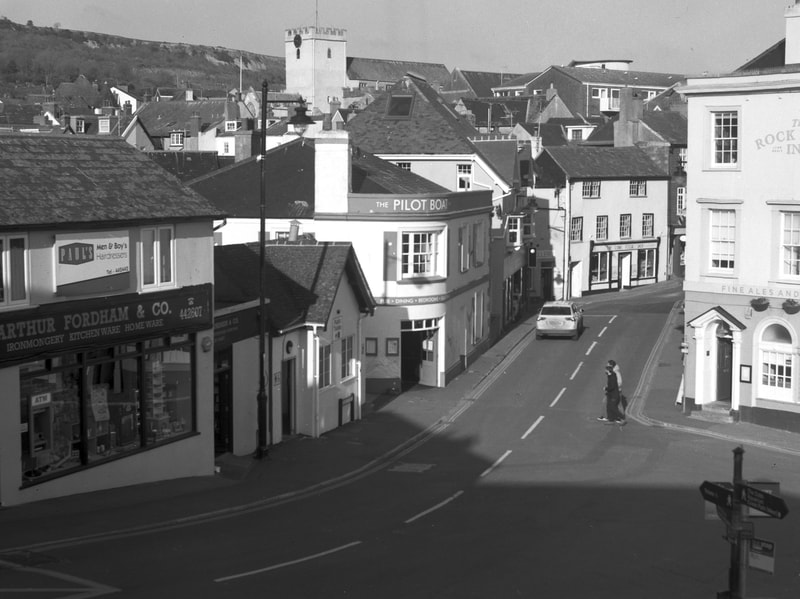 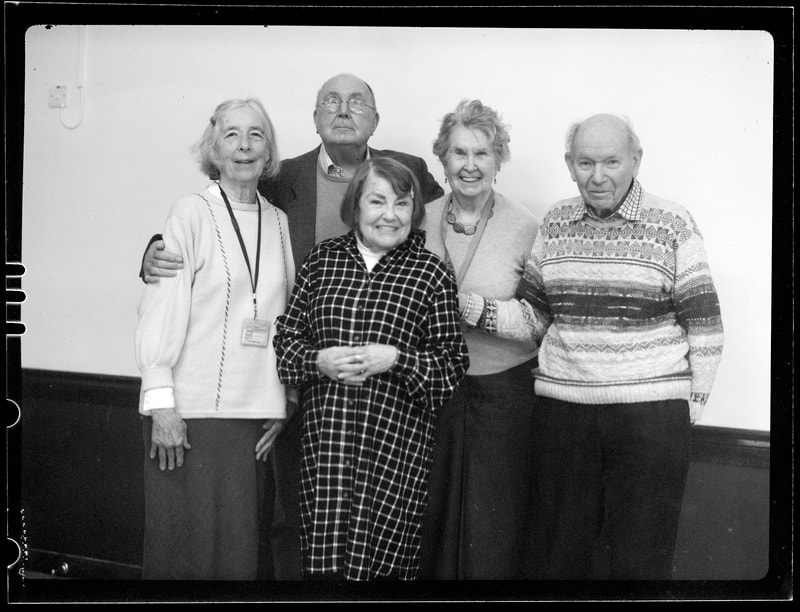 I would love to hear of any more examples, or adverts, instruction manuals, anything!! You can use the contact form.