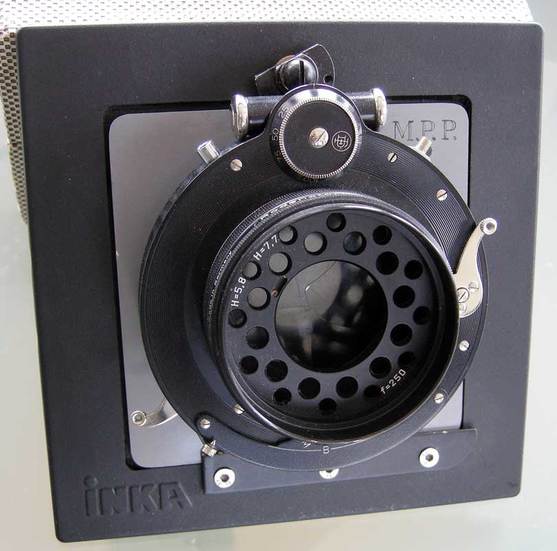 The Rodenstock Imagon is a lens designed to give intentionally soft-focus effects. Not the same as out-of-focus, the effect is created by having uncontrolled aberrations, especially at the periphery of the lens. The Imagon is used on a large-format camera, so that the effect can be seen before taking the picture - but actually it’s quite hard to judge, so I did a trial of the same subject with a variety of settings. What we aim to see is an image which contains visible sharpness at the core, but also a softening blur.
​
The Imagon - a 250mm one in this case - comes with a set of three aperture plates which push in at the front. Each plate has a central aperture, and an outer area perforated with multiple holes, which let in light from the edge of the lens. These outer holes are opened or closed to a controllable degree by rotating the ring on the mount of the aperture plate. Thus there are seven basic states of the lens - no plate, and each of the three plates with the holes either open or shut; plus a continuous range between open and shut in each case. The effect with no plate is so extreme that it is unlikely to be useful, but the other states may all have a use depending on the scene being photographed.
Things to notice:
1. The larger the [hole in the] plate, the softer.
2. Opening the holes creates more softness.
3. With the holes open, specular highlights gain a family of dots and streaks. 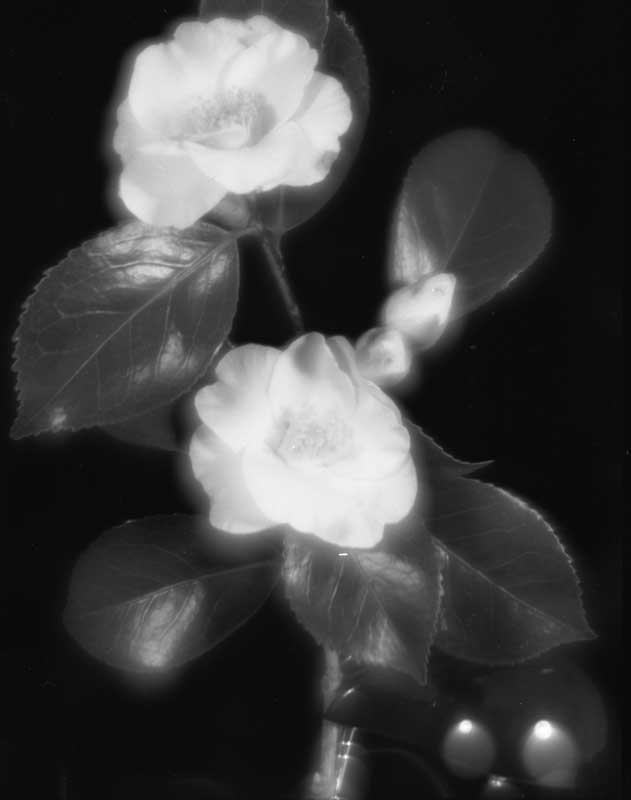